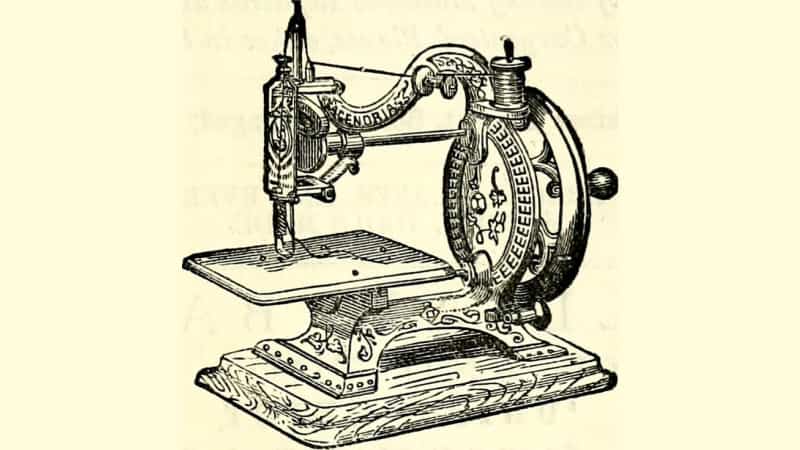 For generations upon generations, sewing has been a vital component of human life. It was typically animal skins utilized for sewing together to make clothes, bedding, and other necessities. The Inuits’ utilization of caribou sinew and the advanced stitching techniques of the American Plains and Canadian Prairies are two excellent examples. As the practice of sewing spread around the world, it was coupled with the weaving of plant leaves in Africa to build baskets. Thin strips of palm leaves were used as thread to sew bigger strands of palm leaves to create the coil. Before the first sewing machine was invented in the 19th century, people had been stitching by hand for thousands of years.

What Is The Oldest Sewing Machine?

What Is The Oldest Sewing Machine Brand?

In 1850 Isaac Singer designed his first sewing machine in a repair shop in Boston.  In 1851, M. Singer launched his company in Boston, but he quickly relocated the company’s headquarters to New York.

As a savvy businessman, Singer anticipated the need for a convenient method of spreading the cost of his sewing machines across several months. These machines had previously been beyond of reach for the average American, but Singer’s innovation made them available to small businesses and households alike.

The first sophisticated Singer machine released in 1851, stood out from the competition primarily due to the inclusion of a flat needle. Unlike the one Howe had in mind, it was vertically functional rather than horizontally. These modifications simplified the process of building and operating the devices. Still, Singer sewing machines are the most sought-after and widely used in the world.

Its status as the world’s first successful home sewing machine brand helped make the Turtleback an instant classic. The Featherweight’s capacity to stitch through heavy materials has made it a staple in many households for decades.

Since its introduction more than 150 years ago, Singer has been the undisputed market leader in sewing machine sales. Even yet, certain versions of Singer sewing machines are extremely scarce and sought after by collectors.

You can check out Singer’s own valuation guide if you happen to be in possession of an old or vintage sewing machine. The Turtleback and the Featherweight are two of the most well-known designs.

You can get $500 to $1,500 for a vintage Turtleback sewing machine model and approximately $2,000 for Fiddle Base. However, this also largely depends on who you are selling to it.

Who Are The Other Older Sewing Machine Brands?

By the mid-19th century, many different brands of sewing machines had been developed around the world. Some of these are Singer, Pfaff, and White. The development of these brands has led to a variety of different functions and styles. Despite this, all of them have been able to sew clothing and other items with incredible efficiency since their creation in the 19th century. As technology has advanced over time, so have sewing machines. Both old and new machines have been built to create a variety of styles and stitches that cannot be matched in any other way.

As we can see, the sewing machine’s history is extremely long and complicated. Over the years, men and women alike have been devising new ways to make sewing easier, more efficient, and overall better. Throughout the 19th century, many inventions were patented that would later lead to a variety of different styles of sewing machines that are used today. From the old Singer models to modern-day brands like Pfaff, Janome, and Brother – we have come a long way since 1755.

However, Singer is rightfully credited for transforming sewing machines from complicated machines to household items. In no time at all Singer became a household name for everyone who had used a sewing machine.